Source: John Lawson, As the centenary of the Titanic disaster approaches and with a gripping drama on ITV, we present a cut-away guide to the ship, DailyMail.com, March 30, 2012, http://www.dailymail.co.uk/news/article-2123082/As-centenary-Titanic-disaster-approaches-gripping-drama-ITV-present-cut-away-guide-ship.html.

In just over a fortnight it will be the 100th anniversary of the sinking of the Titanic, a disaster which has captivated the imaginations of millions across the world.

The so-called ‘unsinkable ship’ went down in the North Atlantic Ocean, off the coast of Newfoundland, on April 15, 1912, after she collided with an iceberg during her maiden voyage.

The sinking led to the loss of some 1,514 souls – one of the deadliest peacetime maritime disasters in history. Here the Daily Mail presents a cut-away guide to the ship which, in its day, was intended as the last word in maritime luxury. 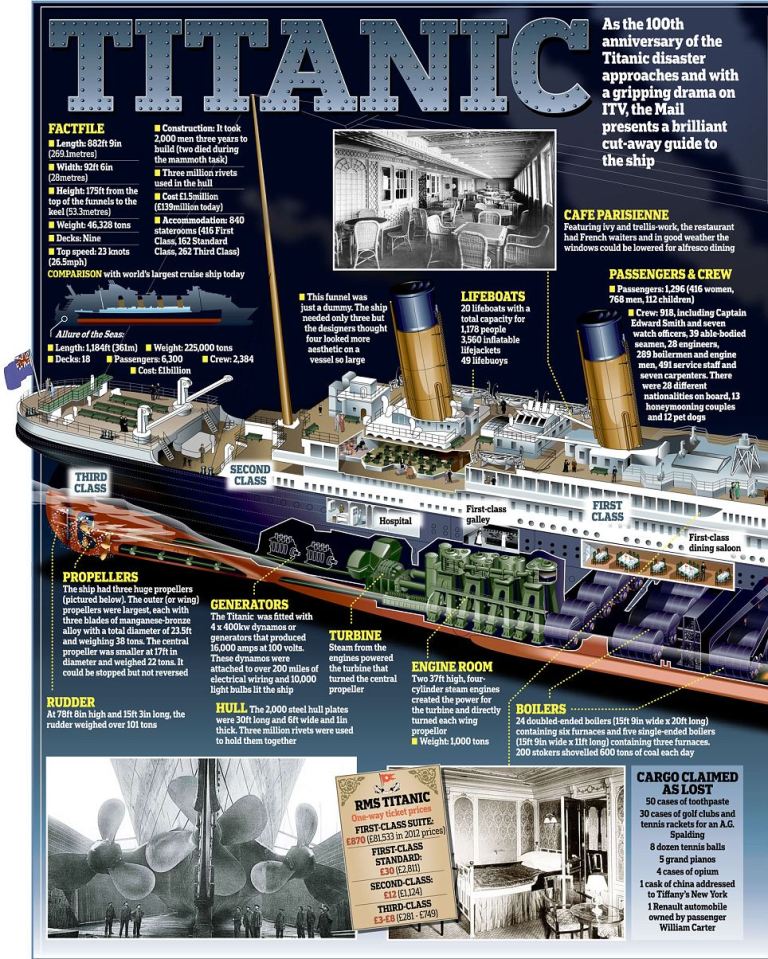