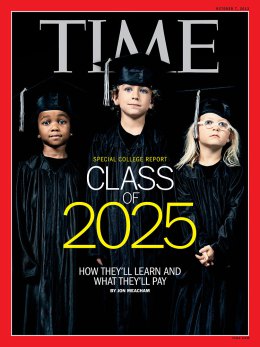 On my trip home to Arizona from Paris yesterday, I read the Special College Report article in the current issue of Time Magazine (October 7, 2013). It is titled Class of 2025 How They’ll Learn and What They’ll Pay.

I am always interested in they ways different groups (i.e., Government, educators, parents, etc.) perceive what the best way to learn is. Time Magazine points out in their article that 36% of college graduates in a 2011 study did not show any significant cognitive gains over the four years they spent in college. I ask myself, how can this be?

Time goes on to discuss the debates going on over traditional education with a core curriculum and other academics who would rather have students attend a more specialized set of courses that allows them to set their curriculum. It seems, however, that all parties involved are most concerned with students having the skills to do critical thinking upon graduation which will make them more successful in the work force.

Drawing myself into this discussion, I draw on two personal experiences I had during my life-long learning adventures.

The first was when I was at Texas A&M University during the early 1980s working on my undergraduate degree. I had dropped out of college in 1978 after two years to work as a computer programmer. I was restless in college and not very attentive. I loved my computer programming classes and an opportunity presented itself for me to get a real job with real money.

I worked for 5 years as a COBOL programmer when I began to realize that a degree would be important as the Computer Science field became more formalized and education, more specifically a degree in Computer Science, would help determine what types of opportunities would avail themselves to you in the future.

I chose Texas A&M University for its family like atmosphere and my initial discussions with my department before I decided on a school. I also was able to find full-time employment as a computer programmer in College Station which made the choice a lot easier. My boss was also willing to let me take classes during the day and shuffle my work schedule accordingly.

I decided to work on a History degree with a minor in Computer Science. I always loved history and felt the ability to write and put your thoughts on paper would be highly beneficial to a person in computer science (later, I would realize how correct I was in this decision).

The course I want to focus on was a History of Napoleon class I took from the late Shirley Black. Dr. Black provided great narratives of Napoleon’s time in power using great story telling. She seldom focused on a date unless it was highly significant like the Russian Campaign of 1812. Her exams were always pen and paper with challenging questions like “Compare the reigns of Napoleon and Hitler and discuss their similarities, successes and failures.” Since Napoleon and Hitler both made the mistake of entering into Moscow with Winter coming where they would have to endure the cold, harsh winter months ahead, it was a oppportunity to discuss each of their military strategies in terms of this. Her exams usually were along these lines where she would offer us a couple of questions to choose from and address that question using pen and paper. Like it or not, she made us really think about the question; not some multiple choice questions about dates and fill in the blanks. 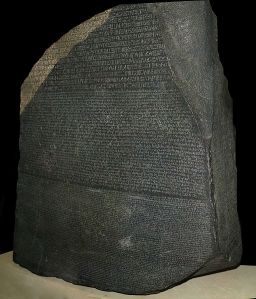 Another thing Dr. Black made us do was draw the map of Europe  and Africa and indicate key locations of events relating to Napoleon. She said to us, “If I teach you one thing before you graduate, it will be to know how to find the cities discussed in this class on a map of Europe.” For example, one key location was where Napoleon found the Rosetta Stone upon his entry into Northern Africa.

On Napoleon’s 1798 campaign in Egypt, the expeditionary army was accompanied by the Commission des Sciences et des Arts, a corps of 167 technical experts (savants). On July 15, 1799, as French soldiers under the command of Colonel d’Hautpoul were strengthening the defences of Fort Julien, a couple of miles north-east of the Egyptian port city of Rosetta (Modern day Rashid), Lieutenant Pierre-François Bouchard spotted a slab with inscriptions on one side that the soldiers had uncovered. He and d’Hautpoul saw at once that it might be important and informed general Jacques-François Menou, who happened to be at Rosetta. The find was announced to Napoleon’s newly founded scientific association in Cairo, the Institut d’Égypte, in a report by Commission member Michel Ange Lancret noting that it contained three inscriptions, the first in hieroglyphs and the third in Greek, and rightly suggesting that the three inscriptions would be versions of the same text. Lancret’s report, dated July 19, 1799, was read to a meeting of the Institute soon after July 25. Bouchard, meanwhile, transported the stone to Cairo for examination by scholars. Napoleon himself inspected what had already begun to be called la Pierre de Rosette, the Rosetta Stone, shortly before his return to France in August 1799.

I find some symmetry in the fact that I would revisit Napoleon again when I took Edward Tufte’s one-day class in 2005 where he discussed Minard’s map of Napoleon’s Russian Campaign of 1812. I already had an interest in this battle and Dr. Tufte exposed another layer, the data visualization flow map prepared by Minard, to my understanding.