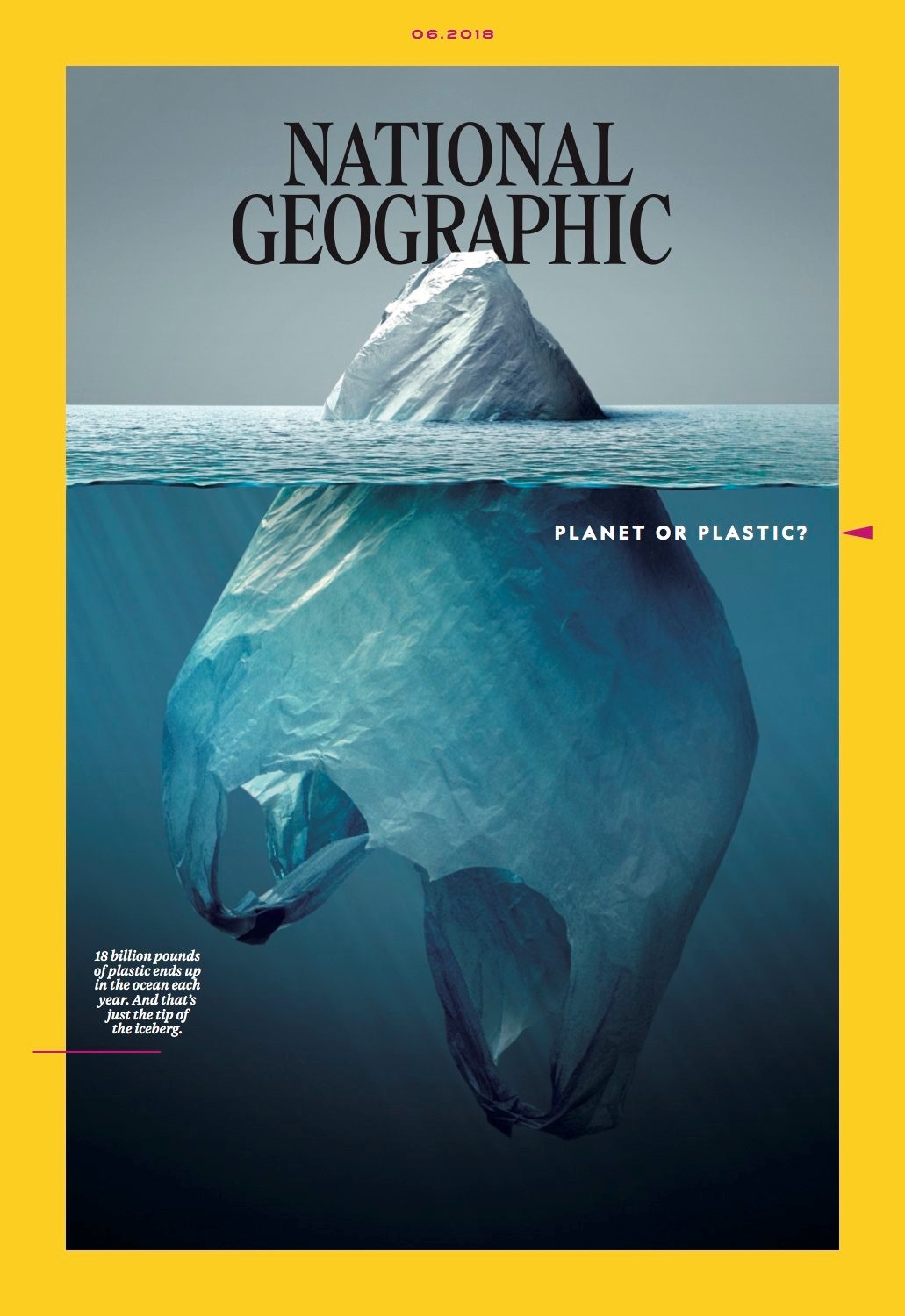 National Geographic’s June 2018 magazine cover provides a chilling affect to any reader concerned about our oceans and our planet.

The classic orange-yellow framed cover surrounds a picture of a plastic bag submerged underwater with one of its tips pointing out of glacial-blue waters and appears to look like the tip of an iceberg.

“Planet or plastic?” the cover asks the reader.

“The 18 billion pieces of plastic that end up in the ocean each year are just the tip of the iceberg,” reads a caption on the lower left side of the cover in smaller print.

The consensus, so far, seems to be that this might be among the 130-year-old magazine’s best covers yet.

“Brilliant cover,” wrote one. “This one will be an icon.”

“One of the best covers I’ve seen,” shared another.

“Jorge Gamboa deserves an award for this,” proclaimed a Twitter user.

The June issue is timed with the magazine’s new Planet or Plastic? campaign that includes dropping the plastic bags that have long wrapped delivered issues.  This will save 2.5 million single-use plastic bags every month, says Editor-in-Chief Susan Goldberg.

Parker, Laura, WE MADE PLASTIC. WE DEPEND ON IT. NOW WE’RE DROWNING IN IT., National Geographic, June 2018, https://www.nationalgeographic.com/magazine/2018/06/plastic-planet-waste-pollution-trash-crisis/?beta=true.