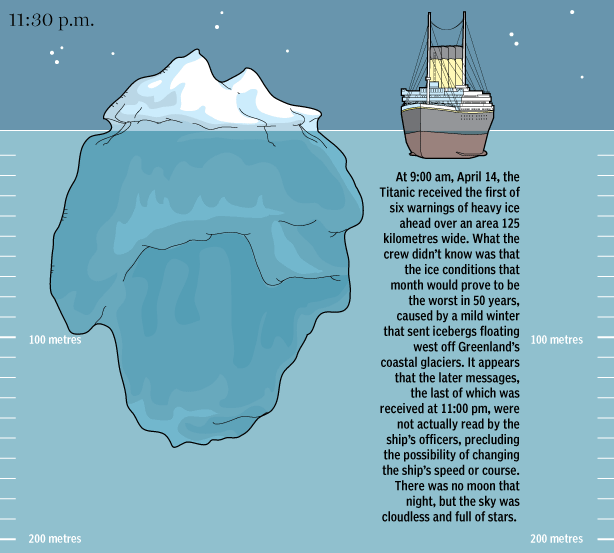 Infographic: The Fall of the Titanic (Richard Johnson)

A few weeks again, we marked the 105 anniversary of the tragic sinking of the RMS Titanic. Four days into it s maiden voyage from Southampton to New York City, late in the night of April 14, 1912 to the early morning hours the next day, more than 1,500 of the 2,224 passengers (and crew) died as a result of the Titanic striking an iceberg and sinking.

At the time of its sinking, it was the deadliest peacetime maritime disaster in history.

In previous blog posts I created, I have shown the work of one of my favorite illustrators, Richard Johnson (photo, right). The following infographic, from Mr. Johnson, illustrates the best estimations science and history can currently make as to what happened in the moments immediately before and after the Titanic disappeared beneath the surface. It is an incredible piece of storytelling and a great visualization. 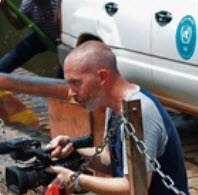 Work has been incredibly busy for me the past few weeks, but I will be returning to my review of the MOOC, Data Exploration and Storytelling: Finding Stories in Data with Exploratory Analysis and Visualization, later this week.

As we mark Earth Day today, I encourage all of you to continue the good fight to protect our planet and support organizations working on pro-climate change initiatives. We live in a cynical world of cynical or indifferent people who are more motivated by money and power then leaving a better planet for our children and grandchildren. I applaud all of you brave souls who continue this fight even in the face of adversity.