It is with great sadness I blog today about the passing of Hans Rosling at the age of 68. Mr. Rosling was a World-famous Swedish statistician know for his famous TED talks. He was a Professor of Global Health and a true pioneer in his field, acclaimed for his creative use of data to help in his research of health-related issues.

The unassuming professor was put into the World spotlight after he gave his famous TED Talk, ‘Stats that reshape your worldview.’ The various postings of his YouTube video have been viewed by millions of people around the World. His entertaining and easy to understand presentations won him the title of “the man in whose hands data sings.”

“Fame is easy to acquire, impact is much more difficult.”

Time magazine included him in its 2012 list of the world’s 100 most influential people. When asked about his celebrity status, Rosling said: “Fame is easy to acquire, impact is much more difficult.”

His drive came from a lifelong passion to fight “devastating ignorance with fact-based worldviews everyone can understand.” With this goal in mind, Rosling set up the Gapminder Foundation in 2006 with his son and daughter-in-law. The Foundation focused on promoting sustainable global development and achieving the United Nations Millennium Development Goals. 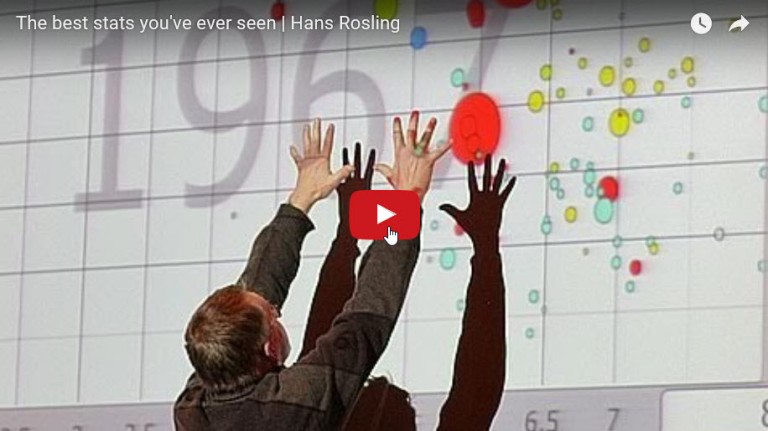 After watching one of his lectures on global health, Bill Gates decided to donate billions of dollars to the issue. Gates described Rosling as “a global health hero” and said that learning from him was “one of the biggest honors in the world.”

Rosling described data as the most effective way of understanding global development issues. “My interest is not data, it’s the world. And part of world development you can see in numbers. Others, like human rights, empowerment of women, it’s very difficult to measure in numbers,” he said. 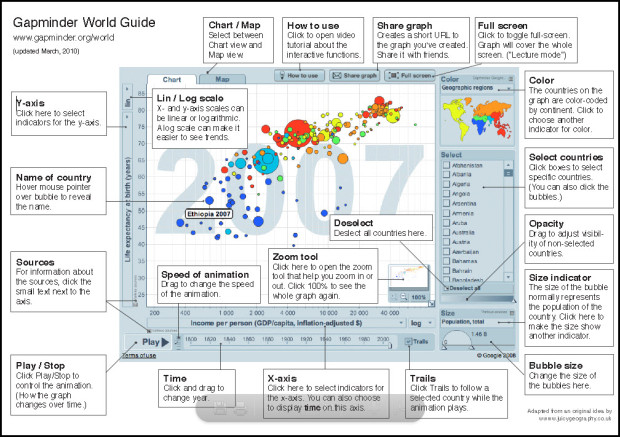 Rosling died after a year-long battle against pancreatic cancer. His son and daughter-in-law said in a statement: “We know that many will be saddened by this message. Hans is no longer alive, but he will always be with us and his dream of a fact-based worldview, we will never let die!”

Head of TED Chris Anderson wrote on Twitter: “Heartbroken at news of Hans Rosling’s death. A world treasure. His talks transformed the mindset of millions. We’ll miss him terribly.”

Mr. Rosling was a true visionary who not only changed the world of data visualization, but made the World a better place for global health.