Since Minard’s map is in French, I have provided an English language version for us to use as we discuss the flow of Napoleon’s retreat in detail. [9]

The End of Napoleon’s Russian Campaign [10]

After a fierce action, the rearguard of Napoleon’s Grande Armée crossed the River Berezina on 29 November. It seemed to the 55,000 men who had made it over the Berezina that the worst was over. Armand Caulaincourt, formerly Napoleon’s Ambassador to Russia, and a member of his entourage, wrote that ‘After the crossing of the Berezina all faces brightened.’[1]

In fact, although the Berezina was the last major action of Napoleon’s Russian Campaign, his army continued to lose men in rearguard actions and to the weather. The temperature was still falling and was recorded as being -30° C (-22° F) on 30 November and -37.5° C (-35.5° F) on 6 December by Dr Louis Lagneau. [2]

Napoleon’s original plan had been to defeat Admiral Pavel Chichagov’s army in order to clear the route to Minsk, but the losses incurred in the crossing meant that he had no choice but to retreat to Vilnius.

He reached Smorgoni on 5 December. He then informed his marshals that he intended to return to Paris. He would take only a small entourage and escort, posing as Caulaincourt’s secretary. He reached Paris late on 18 December.

David Chandler notes that the marshals and most subsequent commentators agree that Napoleon’s decision to return to Paris was correct. His subordinates could handle the rest of the retreat, and he was needed in Paris to recruit new troops and to rally public opinion.[3]

The Emperor left Marshal Joachim Murat in command. Adam Zamoyski says that he would have preferred to appoint Prince Eugène but feared that Murat would mutiny if put under Eugène’s command. [4]

Chandler argues that Murat was more suited to pursuing a defeated enemy than to carrying out a retreat. He attributes Napoleon’s decision to appoint Murat instead of Eugène to the influence of Marshal Louis Berthier, his chief of staff. [5]

Murat’s orders were to make for the supply base at Vilnius. About 20,000 of the men who had crossed Berezina failed to make it; the survivors reached it between 8-10 December. It contained four million rations of biscuits, nearly as much meat and plenty of clothes and weapons. However, the starving troops rioted. Many drank themselves into a stupor and died of exposure. [6]

Many of the Grande Armée’s losses were caused by typhus. In 2001 a mass grave was found by construction workers in Vilnius. It was initially assumed that it contained either Jews murdered by the Nazis or victims of Stalin’s terror.

However, the grave contained French coins and belt buckles from the Napoleonic era, showing that the corpses were of some of Napoleon’s soldiers. A scientific analysis showed that they died of typhus. See this article from Slate.com for more details.

Napoleon had ordered Murat to allow the army to rest and recuperate in Vilnius for at least eight days. Murat, however, was concerned by the threat from Cossacks and ordered the retreat to resume on the night of 9 December; 20,000 men wounded earlier in the campaign were left behind in the hospitals.

The army crossed the River Niemen and left Russia on 14 December. The pursuing Russians, by now reduced to 40,000 men, stopped at the frontier. [7]

The forces on the flanks of the main force also withdrew from Russia. General Ludwig Yorck, commanding 17,000 Prussians and 60 guns, was surrounded on 25 December. After five days of negotiations  he signed the Convention of Tauroggen, making his troops neutrals. He acted without the consent of his king, but the news was received enthusiastically in Prussia.

Prince Karl Schwarzenberg, commanding the Austrians also signed an armistice with the Russians. Austria and Prussia would fight against France in 1813. 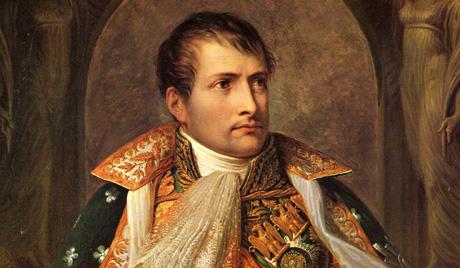 According to Chandler, Napoleon took 655,000 troops into Russia, including reinforcements. Only 25,000 out of the 450,000 in the central army group, commanded by Napoleon himself, crossed back over the Niemen. Losses in the flanking forces were high, but not quite as bad; 68,000 of them returned, making a total of 93,000 who retreated out of Russia.

Napoleon also lost 200,000 horses and 1,050 of the 1,300 guns that he took into Russia. The Russians captured 929, the others being destroyed. New guns were built and new soldiers recruited, albeit inexperienced ones. The horses were the hardest to replace

Russian casualties were 150,000 killed and at least twice as many wounded or frost-bitten. Chandler says that the impact of the campaign on Russian civilians cannot be calculated.[8]

Next: Why Napoleon’s Russian Campaign Failed