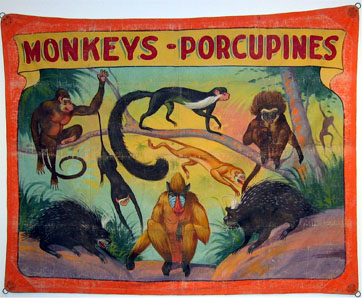 Fred G. Johnson was an artist of circus sideshow banners whose career spanned 65 years. He designed advertisements for the Century of Progress Exposition, the 1933 World`s Fair held in Chicago; the city`s old White City and Riverview amusement parks; traveling shows throughout the country; and all the great circuses, including Ringling Brothers, Barnum & Bailey and the Clyde Beatty Circus.

Fred Johnson, one of nine boys in a Chicago family, was employed at age 14 as an errand boy by the United States Tent & Awning Co. of Chicago, but was soon dismissed for neglecting his work to play baseball. He was hired by banner painter H. D. Cummins to clean equipment and tack up banners. Cummins also taught him to paint banners, though he never received any formal art training. Johnson resumed working for the United States Tent & Awning Co. after World War I, producing banners for owners Walter and Charles Driver between 1921 and 1930. 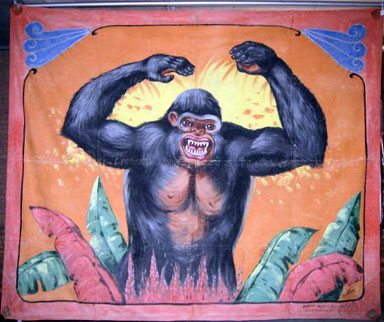 Sideshow and circus banners first appeared in Europe during the early 1800s. Hung outside shows or booths, they served the same function as that of decorative shop signs, advertising the contents within. At the height of their popularity from the 1870s to the late 1960s, sideshow banners were strung up at carnivals and travelling shows throughout the world. Early circuses routinely used brightly painted ones to lure paying customers to their quirky sideshows of freaks and curiosities – snake charmers, sword swallowers, two-headed babies and five-legged cows were some of the exaggerated attractions offered for ‘your shock and amazement for just five cents!’. Circus banners were usually about 8 feet (2.4 m) high, but commissions could be any size. The largest Johnson ever produced was 50 feet (15 m) by 15 feet (4.6 m) “for a bughouse” which took him about 40 hours. On average, however, he turned out four a day. He also painted the side-panels on circus trailers and merry-go-rounds.

Most of his banners were lost, but survivors are preserved in circus museums in Baraboo, Wisconsin – home to Ringling Brothers – and Sarasota, Florida. Some were auctioned by Sotheby’s in 1981, with titles such as “Minnie Ha-Ha the Monkey Girl” and “Dickie the Penguin Boy”. In July 1989, the State of Illinois Art Center Gallery had an exhibit of his work. In an episode of the television show American Pickers, pickers Mike Wolfe and Frank Fritz purchased two banners, which an appraiser later identified as being by Johnson. Though not in the best of shape, the pair were resold for $10,000.

“He was considered the Picasso of the circus world,” Eunice Nesselroth, a friend, said. “He could sit down and finish off a painting like nothing.” Mr. Johnson was past chaplain of the Showmen`s League of America. 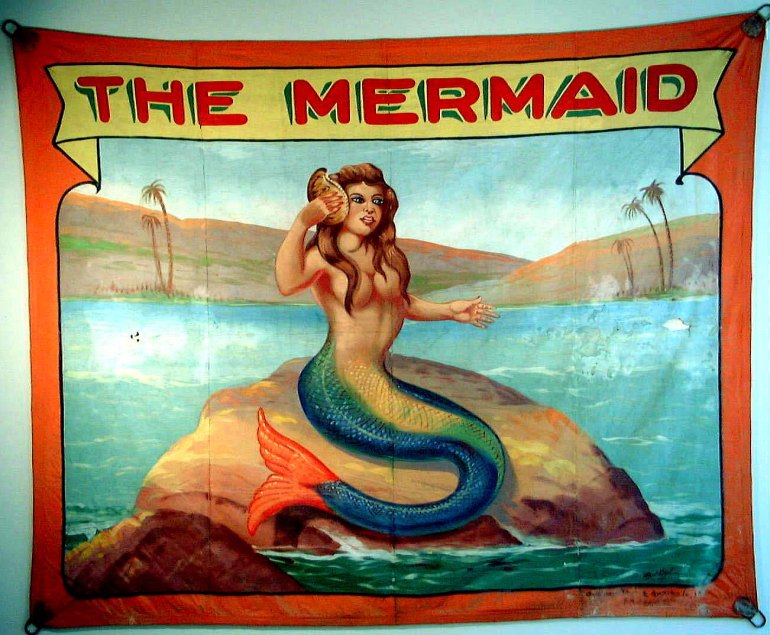 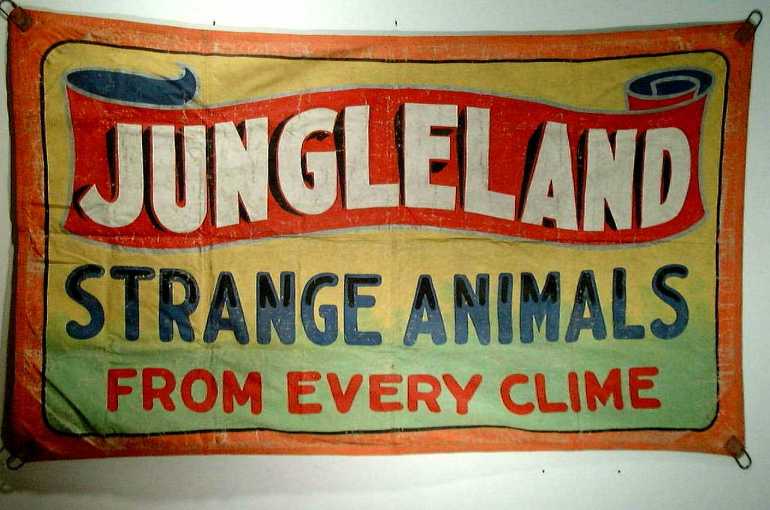 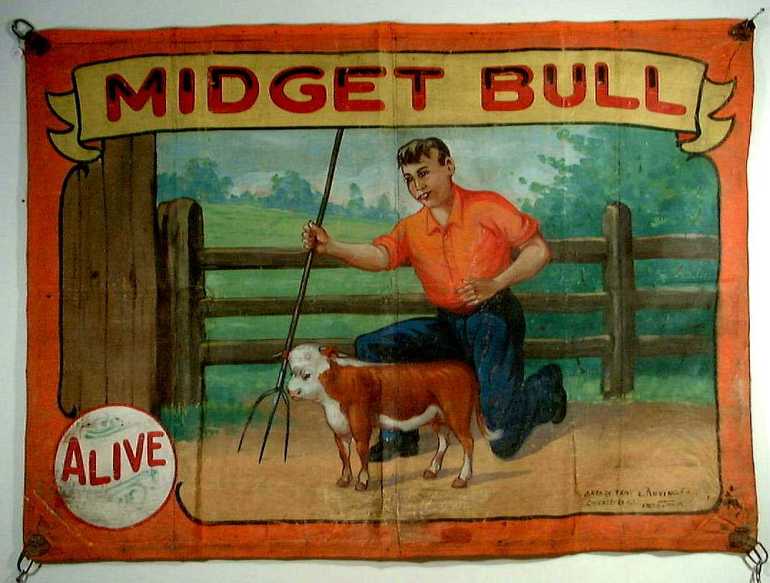