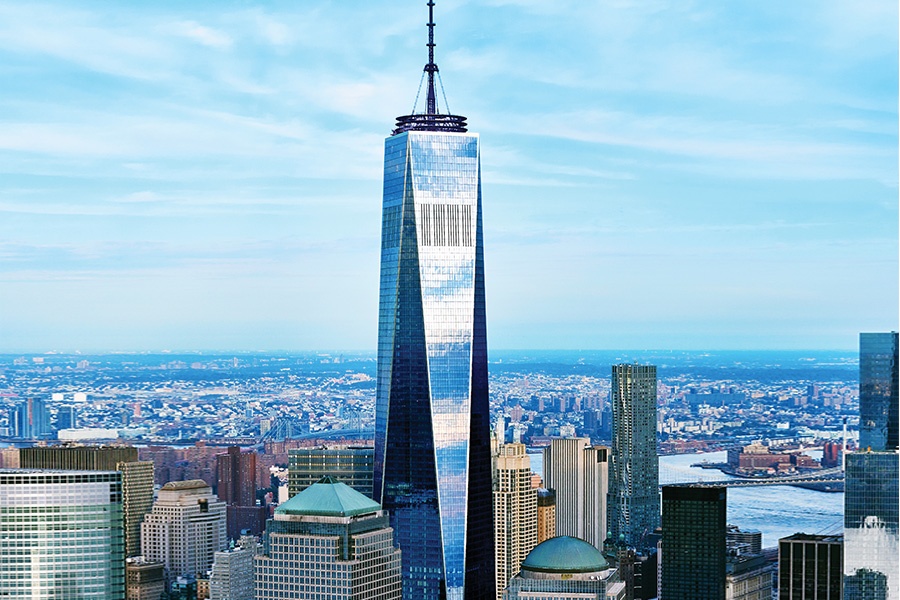 For much of my career, I have had to travel to New York City (NYC) every few months. I always found NYC to be fascinating in that it is always awake, humming, and vibrant. Also, NYC has some of the most beautiful buildings in the world.

There are over 6,000 high-rise buildings in NYC, 274 of which are skyscrapers standing over 492 ft (150 m) tall. NYC is number two globally for such tall buildings, only behind Hong Kong.

For a period of time, when I worked in New York, I worked in The Empire State Building. Taking a break and having a cup of coffee, I was able to look out the window and see all the way to the new World Trade Center tower. Back when I worked for American Express, our building housed a historical timeline and narrative of what tragically happened on 9/11. There was an observation window for many years where visitors could watch as they carefully sorted through the rubble of the previous Twin Towers.

The infographic I am showcasing today is from Liberty Cruise, and it shows the tallest buildings in New York City.

To help you put things in perspective, here is a list, and individual profiles, of the current top ten:

Two of my favorite buildings, the Chrysler Building and the Empire State Building, were erected during the Great Depression and still crack the top ten list today.

The Chrysler Building was the first skyscraper ever to be built at a height exceeding 1,000 feet. Meanwhile, the Empire State building, which was finished one year later, was the “world’s tallest building” for nearly 40 years.

However, as you review this list, you will see than the rest of the buildings in the top ten were built more recently. It’s a testament to how fast the skyline of New York City has changed even in the last decade.

Towers in the Pipeline

But that’s not all, because the skyscraper boom in NYC hasn’t ended yet. The following megatowers are closing in on completion, and will displace many at the top of the current list:

111 West 57th Street
This building is set to be operational in mid-2019, and it’s already very noticeable on the NYC skyline. With a height of 1,428 feet (435 m), it will be the “skinniest” skyscraper in the world when completed, with a width-to-height ratio of 1:23.

Central Park Tower
This building, which was designed by the same people who did the Burj Khalifa in Dubai, will be the tallest building in the country by roof-height when done in 2020. It will clock in at 1,550 feet (472 m), making it the most sky-high residential building in the world.

45 Broad Street
With a height of 1,200 feet (366 m), this new building in Lower Manhattan is expected to be completed by 2021. If it were finished today, it would tie the Bank of America Tower for the fifth spot on a list of tallest buildings in the city.

One Vanderbilt
This massive building will be the fourth tallest in the city when completed in 2021. Standing at 1,401 feet (427 m), it will have a highly anticipated observation deck set 1,000 feet above the ground.

Want to visualize more data about the Big Apple?

Check out this animation, on VisualCapitalist.com, which shows the population pulse of a Manhattan workday.