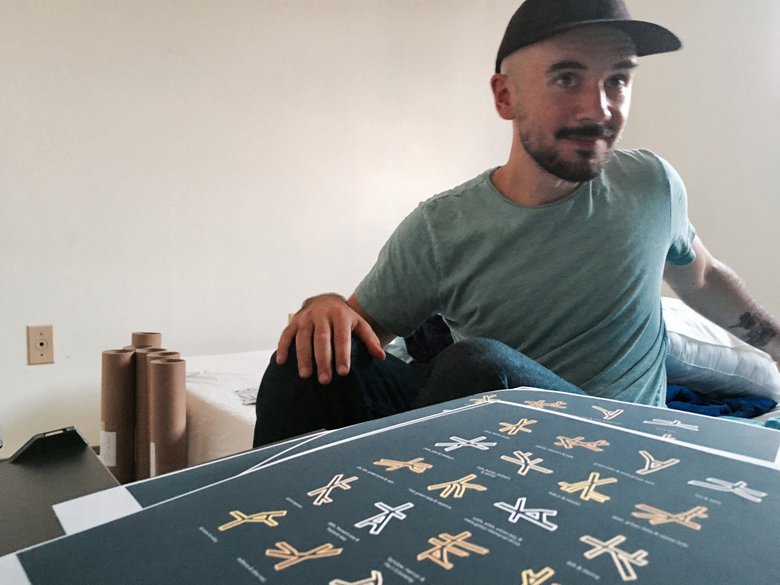 A few years ago, Peter Gorman (photo: above) took a one-year, solo bicycle trip around the U.S. and Canada. he rode over 11,000 miles in one big loop.

After the trip, Peter designed some graphic maps inspired by the places he visited and opened an online shop called Barely Maps.

Since then, his designs have been featured in the Seattle Times, Seattle Magazine, SF Gate, Chicago Tribune, and Curbed. Peter lives and works in Seattle, where he designs and prints maps full-time.

Peter recently reached out to me to tell me about his minimalist maps and data visualizations, mostly posted to Reddit, that people responded to really well. Below is his most recent GIF, 100 Historical Lives, through the decades.

Peter has now started creating a book of 100 maps, which he hopes to have completed by the end of next year. Along the way, he will be documenting the whole experience. You can follow his journey on his website and also on Instagram.

Here are some examples of Peter’s maps. 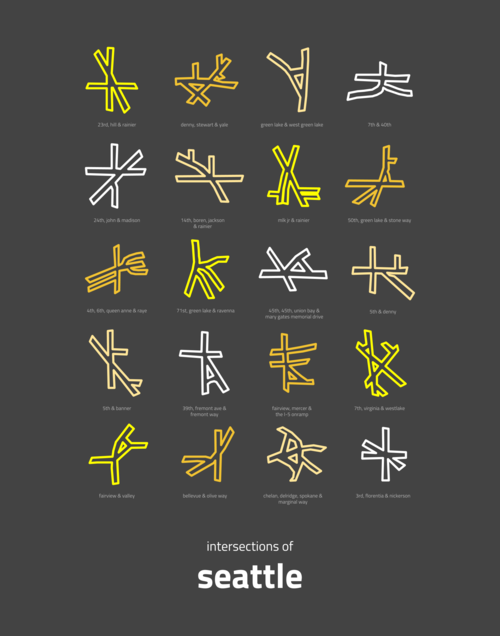 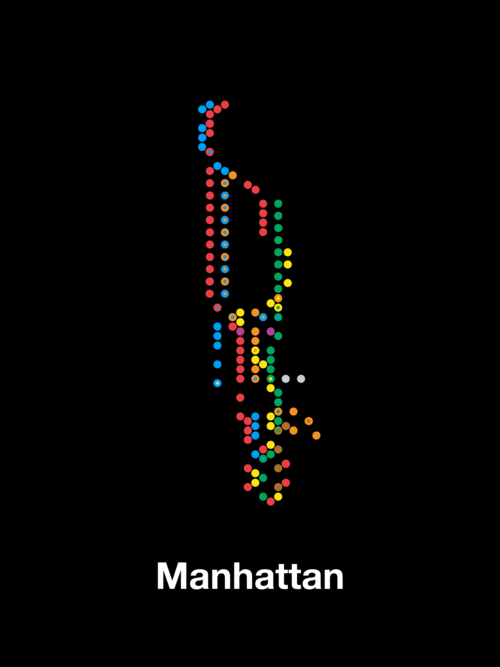