Infographic: 60 Years of the Volkswagen Bus 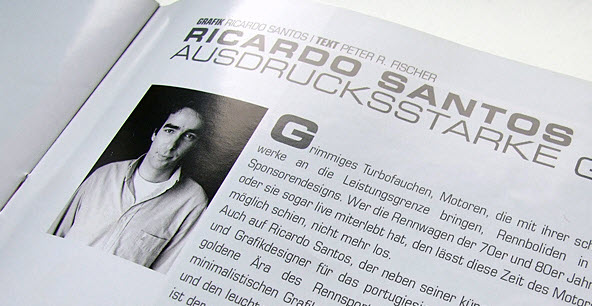 Ricardo.Fine Car Artwork is the personal website of Ricardo Santos, a Portuguese art director and graphic designer. Currently working at Turbo – Portugal’s oldest monthly car magazine, Ricardo has given over the years glimpses of his talent at newspapers such as Diário de Notícias, 24 Horas and Jornal i, with the latter being awarded by the Society for News Design with the World’s Best-Designed Newspaper, 2010. Part of the design team that drew the journal from day one, Ricardo has since collected other awards on behalf of Turbo after completely redesigning the publication.

A former rally co-driver, Ricardo’s love for cars and motorsport has driven him to create illustrations of Formula 1 and rally cars from the 80’s and 90’s, all penned up on an irresistible retro style that remind us why we love racing: “I try to focus on the shape, the shadows, glows and colors of the cars to create simple but eye catching images, which I believe is a direct influence of my day job in newspapers and magazines trying to create simple and easy to understand work”, he said on an interview for Motorsportretro.com, with the guys over there mesmerized by his work. [1]

The longest-produced model in the global automotive industry, the Volkswagen Bus, is finally coming to an end in Brazil after 56 years in production. Here is an infographic that I made for “i” newspaper from Portugal, to celebrate the 60 years of the Volkswagen Bus first prototype. This work won an Award of Excellence in the European Newspaper Awards in 2011. [1]