PhantomFlow is an experimental approach to UI Testing, based on Decision Trees, created by James Cryer and the Huddle development team.

Available on GitHub, as a NodeJS wrapper for PhantomJS, CasperJS and PhantomCSS, PhantomFlow enables a fluent way of describing user flows in code whilst generating structured tree data for visualization. 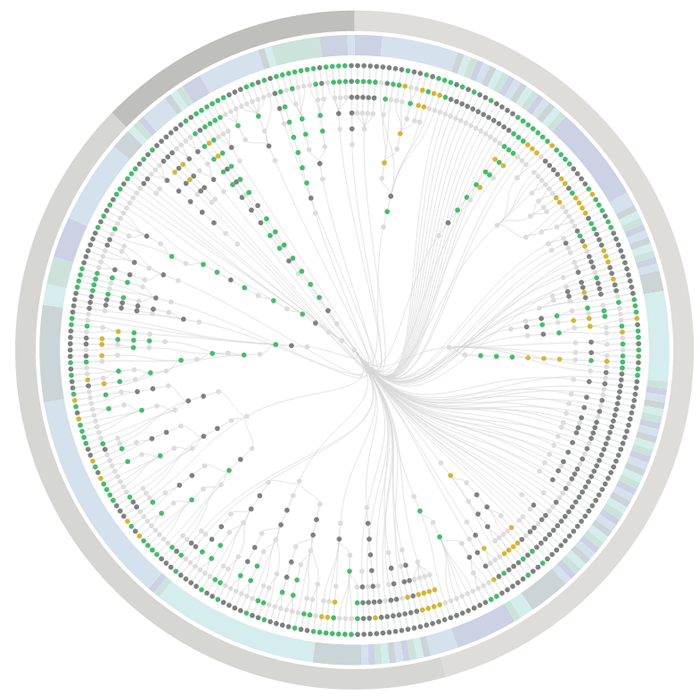 The above visualisation is a real-world example, showing the complexity of visual testing at Huddle.

Mac OSX users should be aware that PhantomJS doesn’t load the FontAwesome glyths used in the test suite, I don’t understand why. I fixed this locally by downloading FontAwesome and double clicking on the .otf file to install the font.

There are two example test suites, these suites will be executed in parallel, the command line output is a bit muddled as a result.

The D3.js visualisation opens with a combined view which merges the test decision trees. Click on a branch label or use the dropdown to show a specific test. Hover over the nodes to see the PhantomCSS screenshots. If there is a visual test failure the node will glow red, hover and click the node to show the original, latest and generated diff screenshots.

And below is the visualisation generated by this simple feature test. 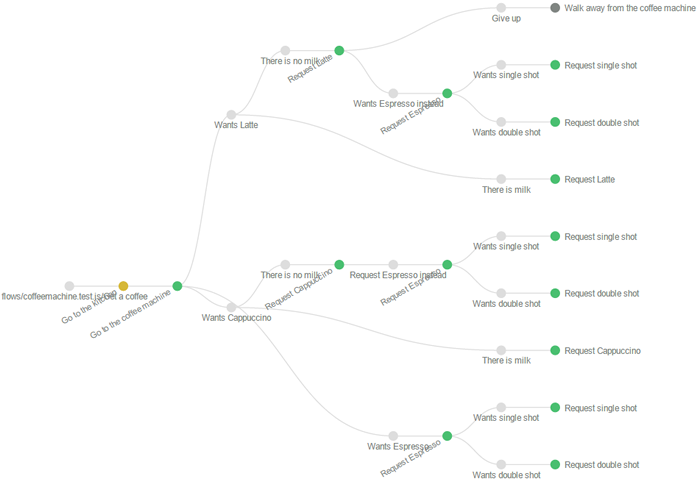 Deciding how to visualise this data is the hard part. It has to be readable and insightful. These visualisations are still evolving, it would be great to see contributions for better visualisations. Visit d3js.org for inspiration.

Test execution is parallelised for increased speed and a reduced test to dev feedback loop. By default your tests will be divided and run on up to 4 spawned processes. You can change the default number of threads to any number you think your machine can handle.

Debugging is often a painful part of writing tests with PhantomJS. If you’re experiencing trouble try the following.

Rebasing is the process of deleting an original visual test, and creating a new baseline, either by renaming the diff image, or running the test suite again to create a new image. The PhantomFlow UI provides a quick way to find and inspect differences, with a ‘rebase’ button to accept the latest image as the baseline. 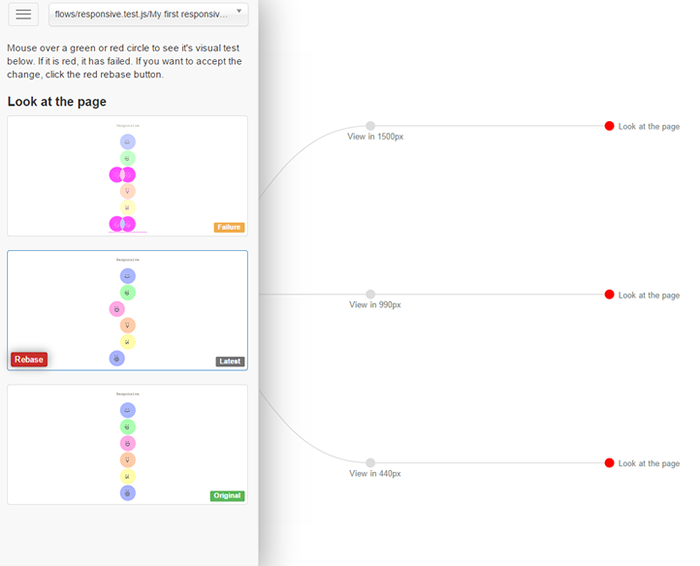 James and the Huddle Team have been using this testing style for many months on Huddle’s biggest UI application. It’s still an evolving idea but for the team actively worked on it, it’s making a huge difference to the way they think about UI, and how they communicate about UI. It supports TDD well, they use it for ‘unit’ testing UI but it has great potential for end-to-end as well. James would also like to do more work on the visualisations, they look great and are very communicable, but he feels they could be a better. Of course, this is an Open Source project and it would be great to see contributions.

Source: Created by James Cryer and the Huddle development team.