Tomorrow is my last day in Austin and I thought I would end this trip with a fun infographic from The Great State of Texas.

Here is an infographic of Texas Trivia from Cash1Loans from their blog site this past July.

This infographic is filled with trivia about the Lone Star State. If you live in Texas or are simply curious about Texas, then explore all the fun and interesting facts.

Here are some of the interesting statistics that you may not know: 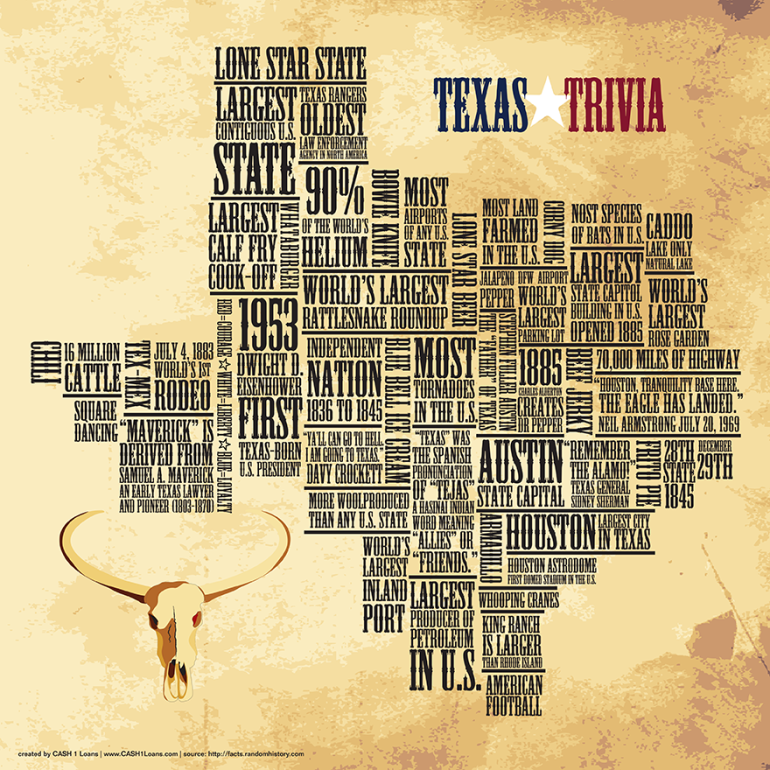