Haydn’s comments on creating this infographic:

Personally, I can’t think of anything better than illustration mixed with sport, or even better, football! While on Twitter the other day I stumbled across an online publication which features illustration and football, which showcases some great work, so I decided to try my hand at it too. After getting in touch with Joe, we decided that I would produce a guest illustration of Brazil World Cup 2014 map, showing the stadiums which are going to be used for the tournament. After researching (and seeing how much it’s going to cost Brazil!) I sketched out my idea from my sketchbook into this final illustrated map. The map includes stadiums like Rio De Janeiro, a fantastic stadium which overlooks the great city, where the final will be based. I really enjoyed researching about the World Cup 2014, and look forward to producing another illustration for ‘The Illustrated Game’. Be sure to check out their tumblr blog, it’s well worth a look at some great illustration on show. 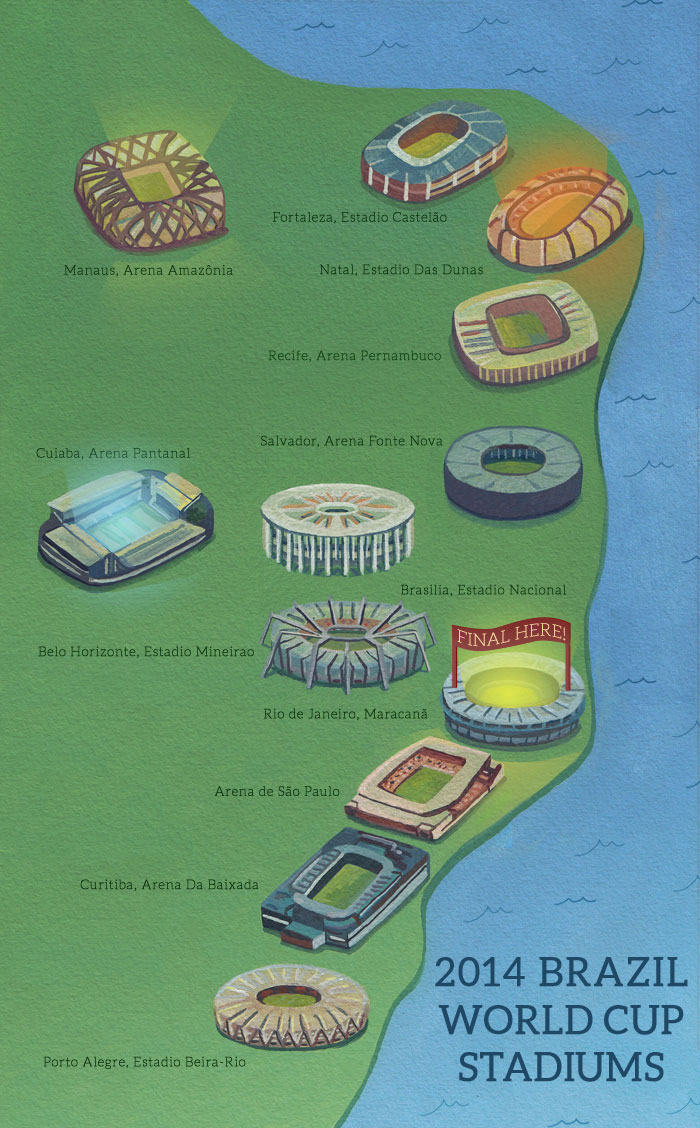