My BI world is changing a bit as I move more towards using Cognos and Tableau at work. In particular, I have a lot of status reports and dashboards to create for my leadership and I have been doing these mostly in Tableau. 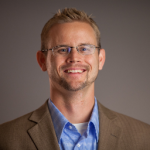 MicroStrategy in my previous work, but have never created one before in Tableau. I reached out to Ben Jones (photo, right) at Tableau. I have been a big fan of Ben’s DataRemixed blog for quite some time and have blogged about Ben many times in the past. Ben was gracious enough to create a simple example small multiples chart for me to use to accomplish what I wanted to visualize. I was really impressed that Ben and Tableau did not put me through any red tape for him to help me. He saw I had a need and he helped me.

Much thanks to Ben for his help and I hope this example is useful to you.

A small multiple (sometimes called trellis chart, lattice chart, grid chart, or panel chart) is a series or grid of small similar graphics or charts, allowing them to be easily compared. The term was popularized by data visualization pioneer, Edward Tufte.

According to Tufte (Envisioning Information, p. 67):

At the heart of quantitative reasoning is a single question: Compared to what? Small multiple designs, multivariate and data bountiful, answer directly by visually enforcing comparisons of changes, of the differences among objects, of the scope of alternatives. For a wide range of problems in data presentation, small multiples are the best design solution.

One of the most well-known examples of the use of small multiples is Andrew Gelman’s analysis of public support for vouchers, broken down by religion/ethnicity, income, and state (see image below).

Mr. Gelman is a professor of statistics and political science and director of the Applied Statistics Center at Columbia University. His books include Bayesian Data Analysis (with John Carlin, Hal Stern, David Dunson, Aki Vehtari, and Don Rubin), Teaching Statistics: A Bag of Tricks (with Deb Nolan), Data Analysis Using Regression and Multilevel/Hierarchical Models (with Jennifer Hill), Red State, Blue State, Rich State, Poor State: Why Americans Vote the Way They Do (with David Park, Boris Shor, and Jeronimo Cortina), and A Quantitative Tour of the Social Sciences (co-edited with Jeronimo Cortina).

Andrew has done research on a wide range of topics, including: why it is rational to vote; why campaign polls are so variable when elections are so predictable; why redistricting is good for democracy; reversals of death sentences; police stops in New York City, the statistical challenges of estimating small effects; the probability that your vote will be decisive; seats and votes in Congress; social network structure; arsenic in Bangladesh; radon in your basement; toxicology; medical imaging; and methods in surveys, experimental design, statistical inference, computation, and graphics. 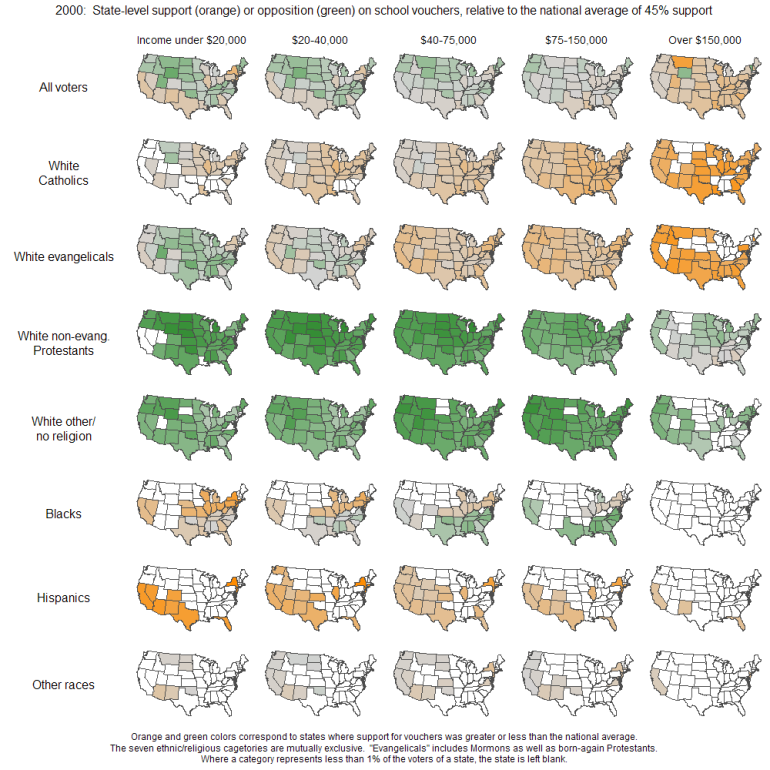 Since I cannot show you what I used the small multiples chart for related to my job, I made an illustrative, simple example related to home sales in different regions for the past six months. Below is an example of my chart, which I created using Tableau.

One of the key features I wanted to use in my chart was to be able to show trend lines for each small multiple.

However, when I clicked on Trend Lines -> Show Trend Lines, I kept getting the following error message:

Ben pointed out that in my original chart, the Columns shelf, Month needed to be a Continuous data type (green pill) rather than a Discrete data type (blue pill).  If you click in the Month pill, you should be able to select “Change to Continuous” and then you should be able to add a trend line. This occurs because you can only calculate a trend line when two axes are involved. The way I had it set up, the Columns were just different categories or attributes, rather than continuous measures.

I thought this would be a nice tip to pass along.

I hope to be able to share more Tableau tips as I become more proficient with the tool.