As a young child, I loved to dye Easter Eggs. We tried to be as creative as possible and would try to make one half one color and the other half another color. Sometimes we would try to be real tricky and add a middle color, which was no easy task with the paper clip-like dipper.

I was reading USA Today Weekend this morning and saw these creatively painted eggs by USA Today Weekend readers. I feel in data visualization a story can be told many ways. Each one of these eggs tells you a story by its visual appearance.

I wish you a Happy Easter, Happy Passover and good wishes all around. 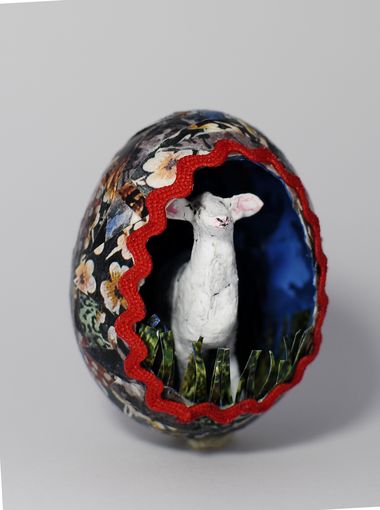 As an artist who regularly works in diorama and animal miniatures (see her work at etsy.com/shop/tangelostudio), Rosemary Markowski says she “tried to do something completely different” from painted eggs. The result is an eggshell, decorated in decopage and surrounding a papier-mâché lamb. And yes, that is a real egg, from one of the seven chickens Markowski (a student at the Corcoran College of Art + Design in Washington, D.C.) raises on her rural Virginia property. Rosemary Markowski 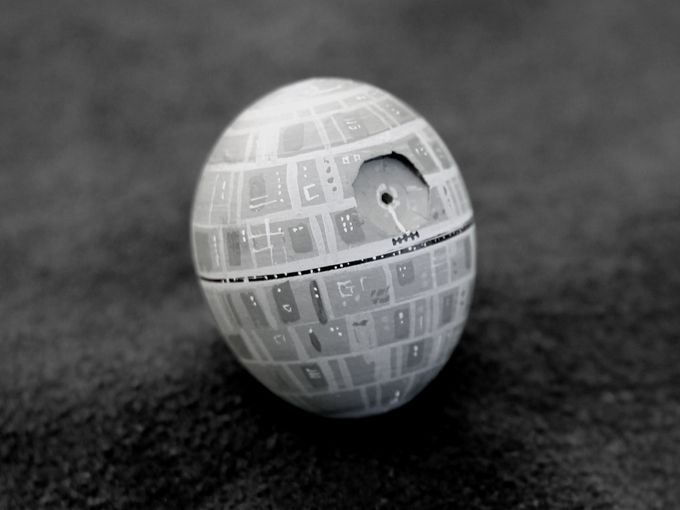 Bill Green, of Pasadena, Calif., took his inspiration for this Star Wars-themed creation from the dent made when first cracking the shell of a hard-boiled egg with a spoon. “I’ve always thought, ‘It’s like a Death Star.’ ” To create the detail, Green worked from movie stills on the Internet. Painting straight lines on the small orb presented a Wookiee-sized challenge. He solved the problem by mounting the egg on a cordless drill with Play-Doh, then spinning it slowly while he held the brush in place. As a graphic artist best known for the creative posters he has designed for the touring Lebowski Fest, Green spends most of his days working at a computer, so he welcomed the chance to take on a physical medium, even if it meant going through about a carton and a half to get that dent just right. “I ate a lot of eggs last week.” Bill Green 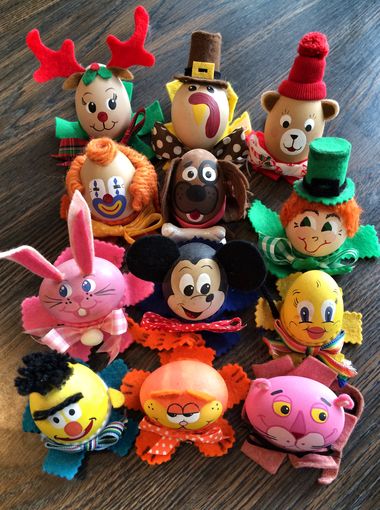 As a blogger who writes about arts and crafts projects for children (artclubblog.com), Bella Manu thought that Easter eggs could be a fun way to expose young minds to famous works of art. Working with acrylic paints, she first recreated Roy Lichtenstein paintings on eggs, choosing the pop artist for his comic book asthetic. Then Manu’s 14-year-old daughter gave her the next assigment: Andy Warhol. “At least she didn’t pick DaVinci and really challenge me,” Manu says. Bella Manu, Your Take

As an artist (acrylics on canvas) who suffers from autoimmune disease, Bettina von Schneyder, of Rosenheim, Germany, has a certain fondness for Frida Kahlo. The famous Mexican painter experienced health problems after a bus accident. “She’s one of my biggest inspirations,” von Schneyder says. A few Easters ago, von Schneyder was looking to paint gifts for her mother and a friend, and settled on Frida eggs. “It was just a spontaneous idea.” Bettina von Schneyder, Your Take

An artist who has long been drawing mandalas (Eastern symbols in circular patterns), Heather Bach, of Winona, Minn., sells her work on Etsy and through her business, called Lunamada. But drawing such an intricate design on the oddly shaped oval of a wooden egg — “It’s trickier than doing it on paper, that’s for sure.” Heather Bach, Your Take 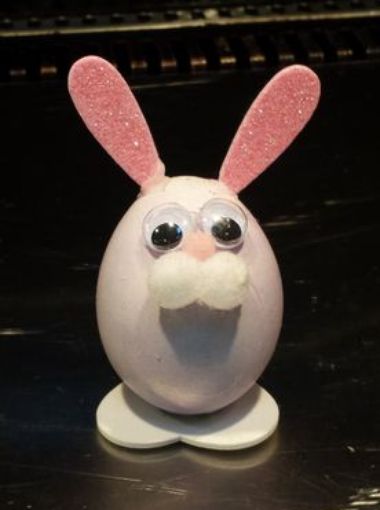