Infographic: Day of the Dude 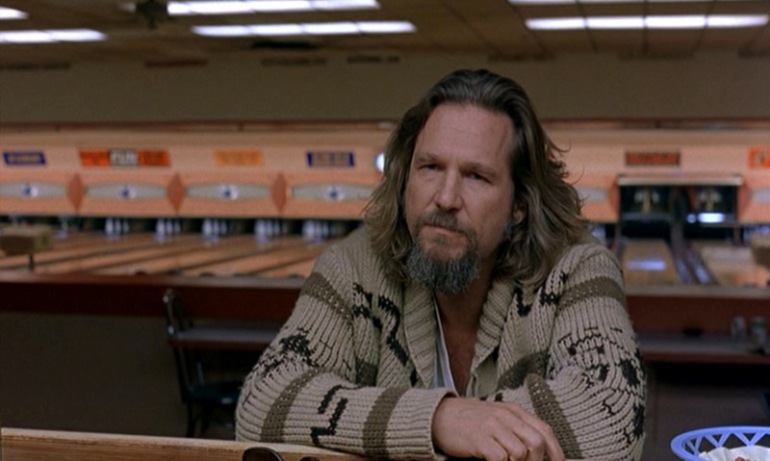 When “The Big Lebowski” was released 16 years ago, it received somewhat mixed reviews and was a box-office disappointment. But the comedy, written and directed by Joel and Ethan Coen, has risen in critics’ estimation over the years and has developed a cult following.

Yesterday, March 6th, was the anniversary of the 1998 film’s release. Fans celebrate it as “The Day of the Dude,” in honor of the easy-going philosophy of the movie’s protagonist, played by Jeff Bridges. Jeff “The Dude” Lebowski is a single, unemployed slacker who likes weed, White Russians and bowling.

Enthusiasts mark the day with such things as bowling tournaments, discussions of Dude philosophy, costume and trivia contests and White Russians.

If the “Day of the Dude” snuck up on you this year and you didn’t quite get your costume worked out, you’ll get another chance in April. Lebowski Fest Los Angeles happens April 25-26. For more information, go to https://lebowskifest.com.

The word at the center of all this, “dude”, may come from “duddies,” the Scottish word for clothes. In the late 19th century, extremely well-dressed city slickers or dandies were called dudes. When some of those Easterners came out to the newly tamed Wild West to enjoy a sort of artificial cowboy experience, the ranches that hosted them became known as dude ranches. The word’s use probably accelerated with the rise of the West Coast surfing culture in the 1960s, by then meaning simply another guy, and it began to occur in movies and music with increasing frequency.

The word that was originally a reference to clothes may have attained a new level in the sartorial splendor of Jeff “The Dude” Lebowski, where it now abides. In modern slang usage it can apply to all genders. 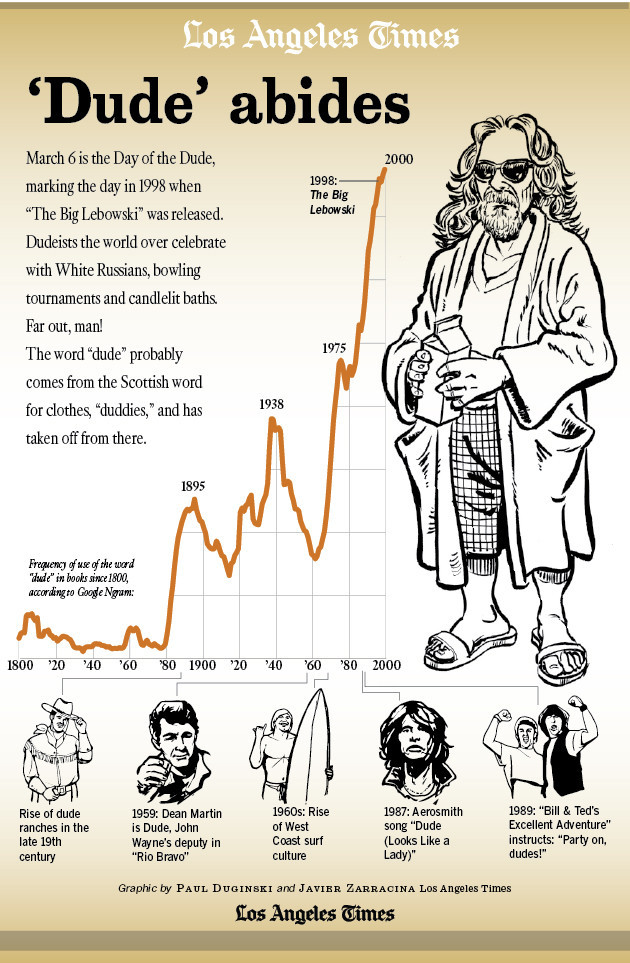