America’s Independence: Photos of 50 American Flags From Our Nation’s History

I cannot think of a better way to honor those who have defended our great country than will a historical collection of American flags from our nation’s history.

The national flag of the United States of America, often simply referred to as the American flag, consists of thirteen equal horizontal stripes of red (top and bottom) alternating with white, with a blue rectangle in the canton (referred to specifically as the “union”) bearing fifty small, white, five-pointed stars arranged in nine offset horizontal rows of six stars (top and bottom) alternating with rows of five stars. The 50 stars on the flag represent the 50 states of the United States of America and the 13 stripes represent the thirteen British colonies that declared independence from the Kingdom of Great Britain and became the first states in the Union.

Nicknames for the flag include the “Stars and Stripes”, “Old Glory”, and “The Star-Spangled Banner.”

Most of these flags are actually for sale by Jeff R. Bridgman, the nation’s largest seller of antique American Stars & Stripes, but antique flags are his foremost business.

Enjoy viewing these great visualizations of our country’s history. Enjoy your Fourth of July holiday and don’t forget to thank a veteran you know for our freedom. For those in harm’s way, God Bless You and stay safe. 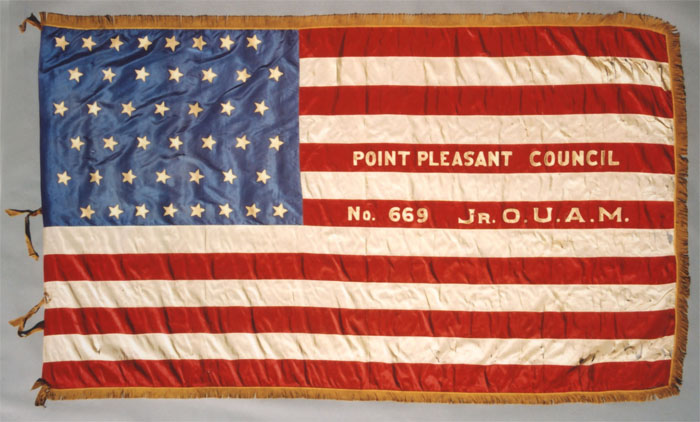 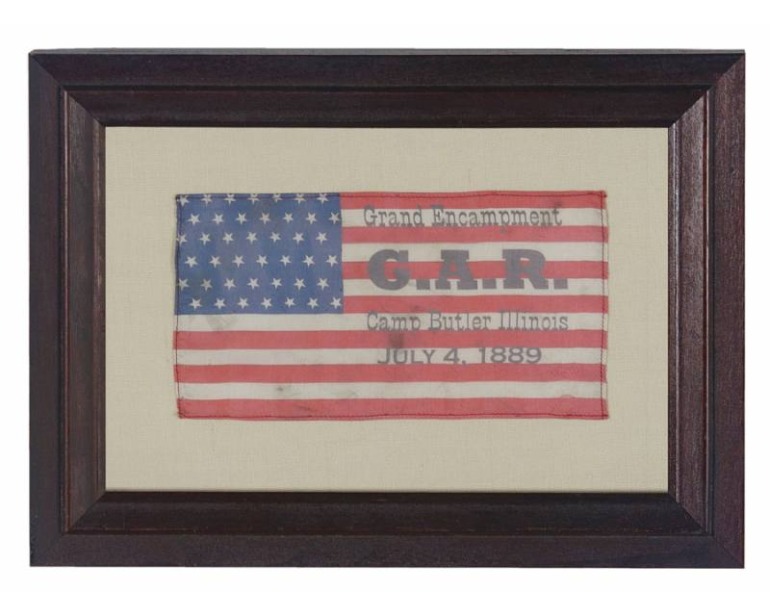 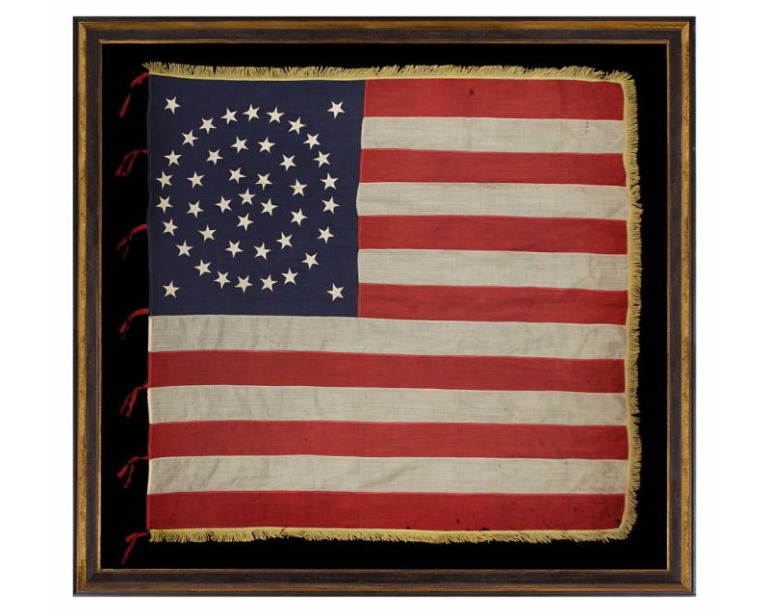 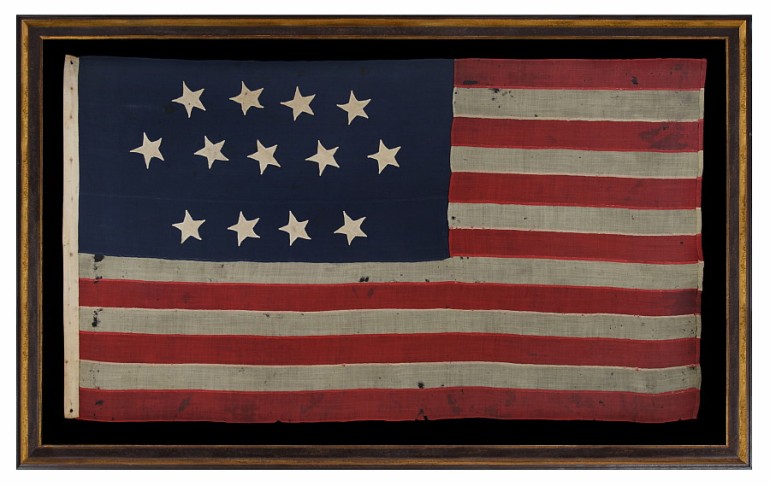 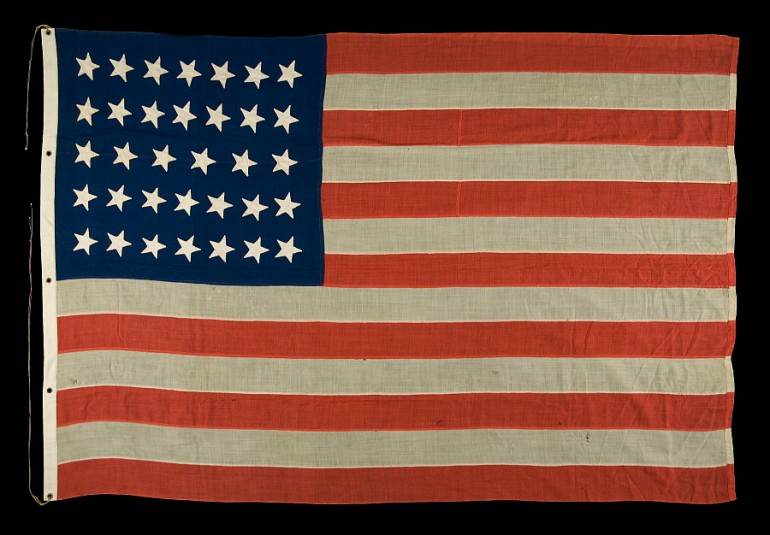 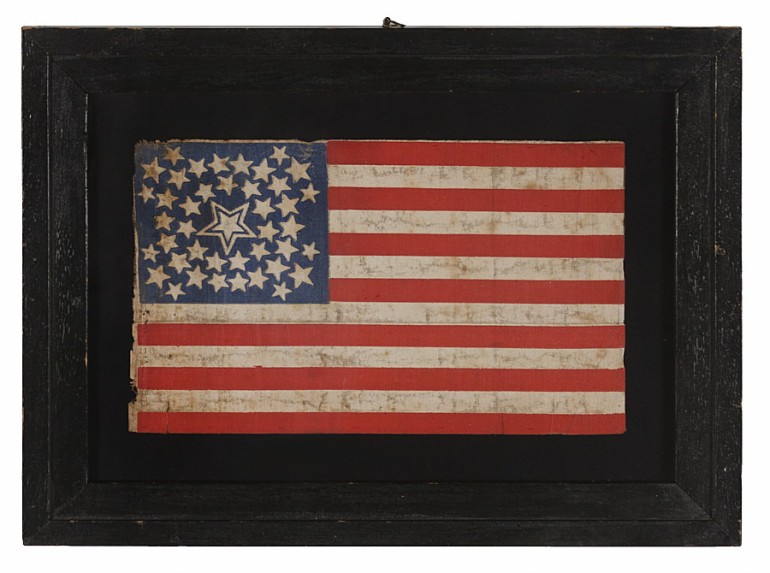 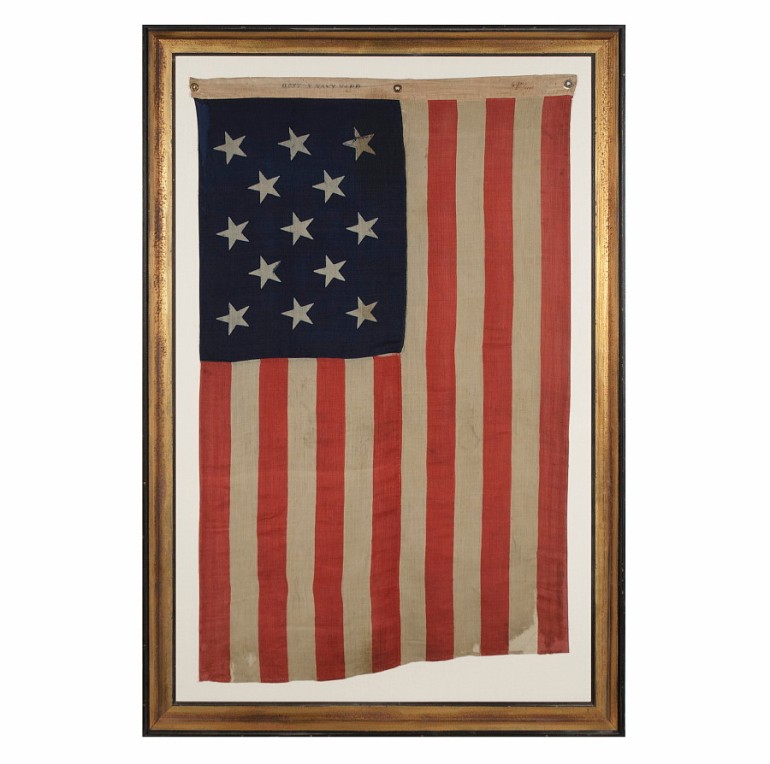 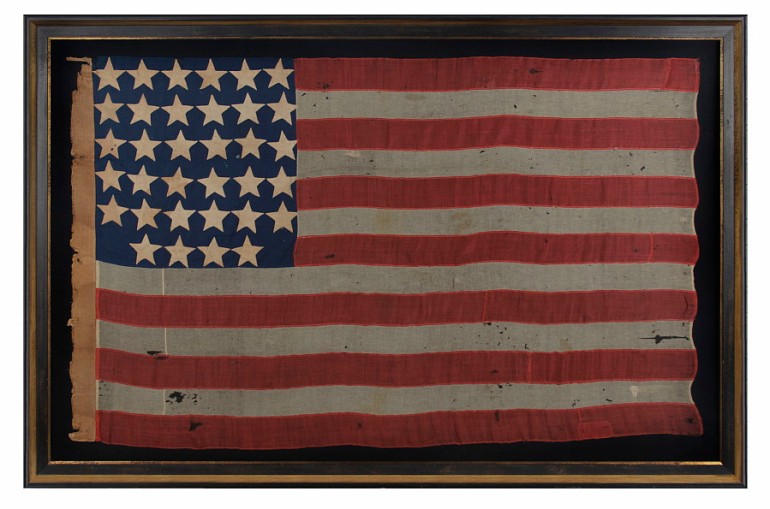 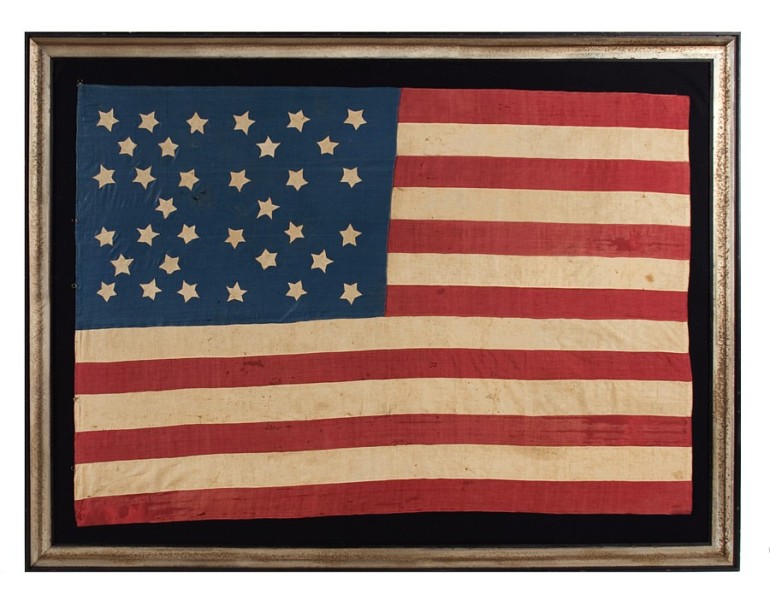 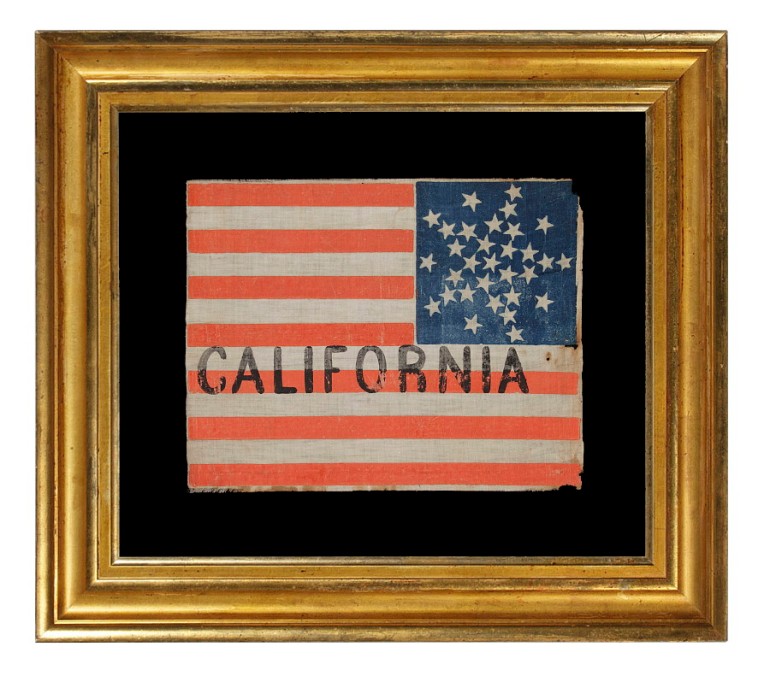 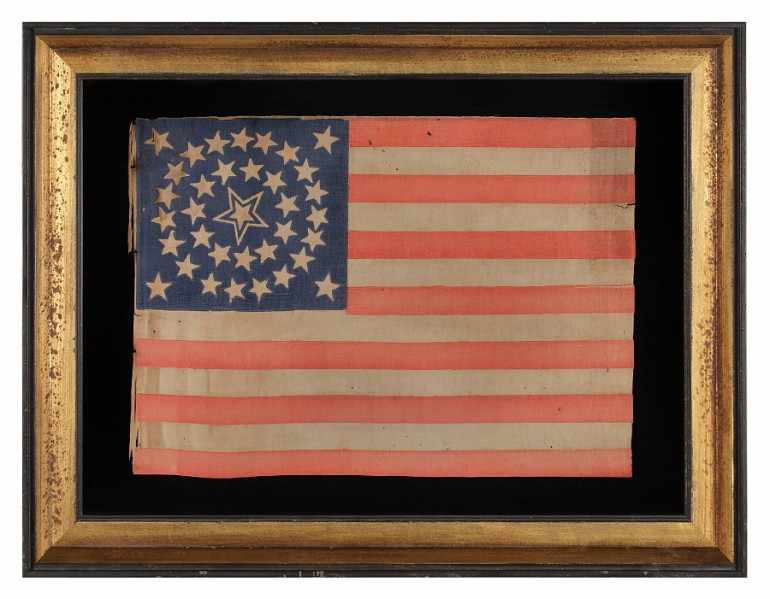 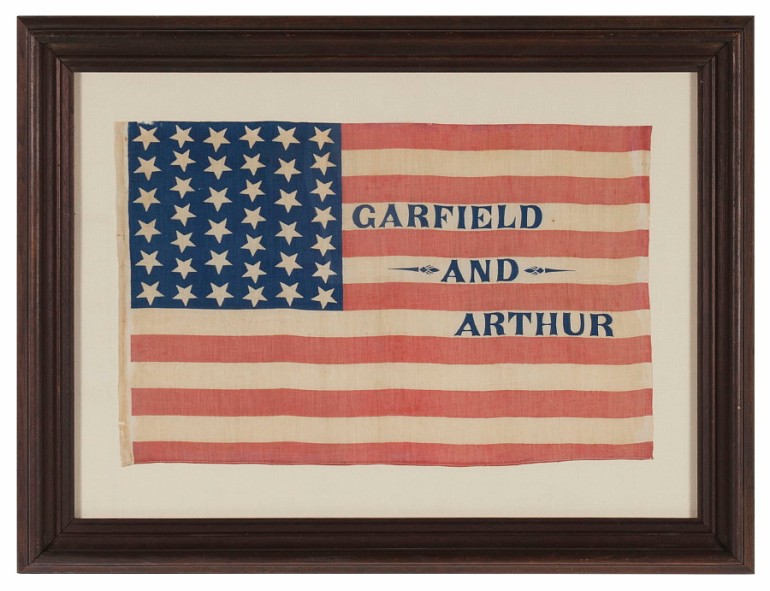 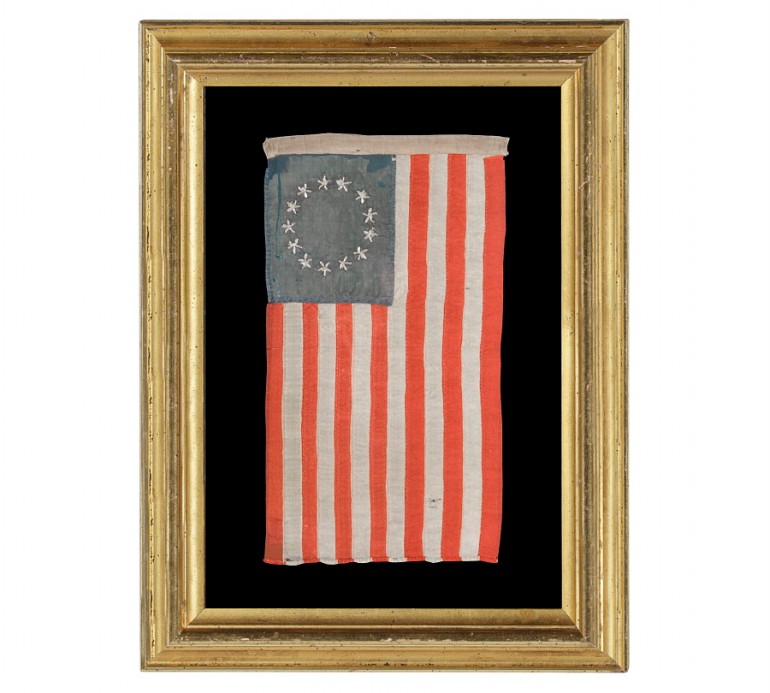 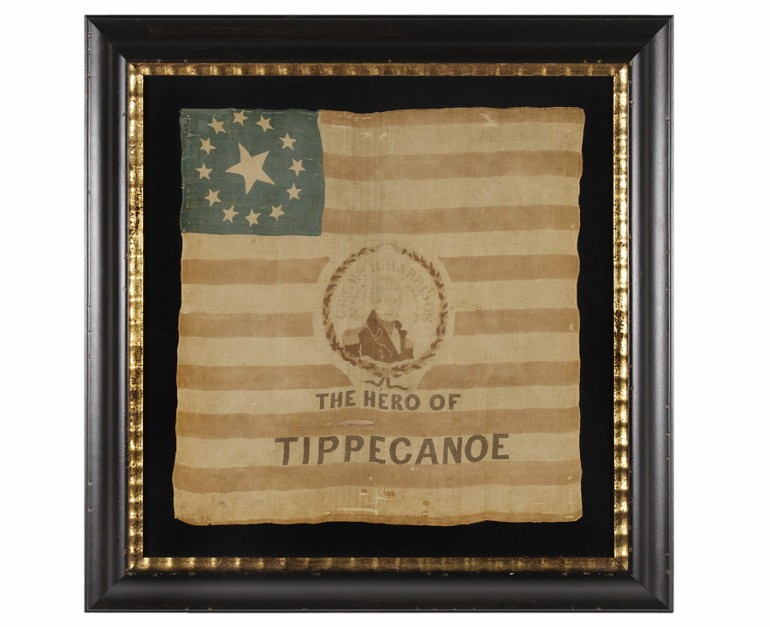 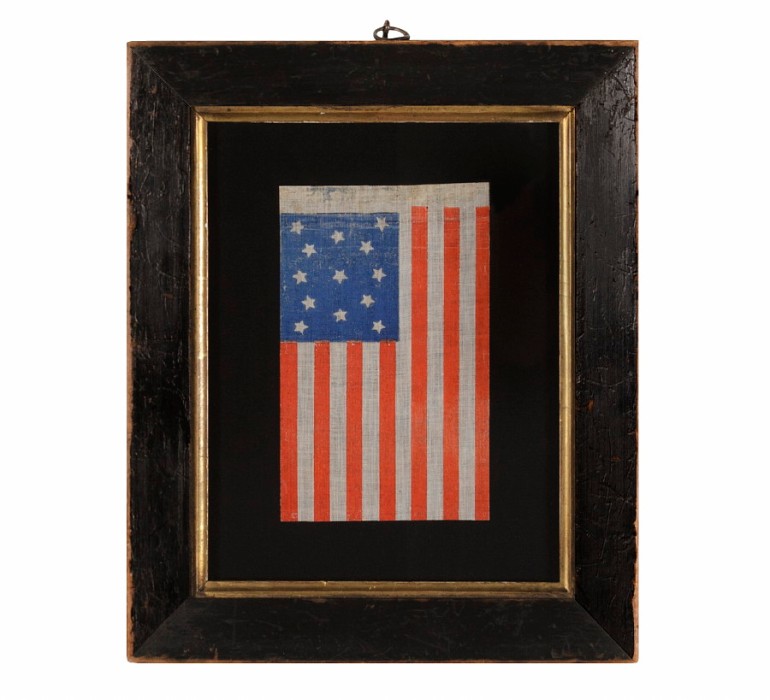 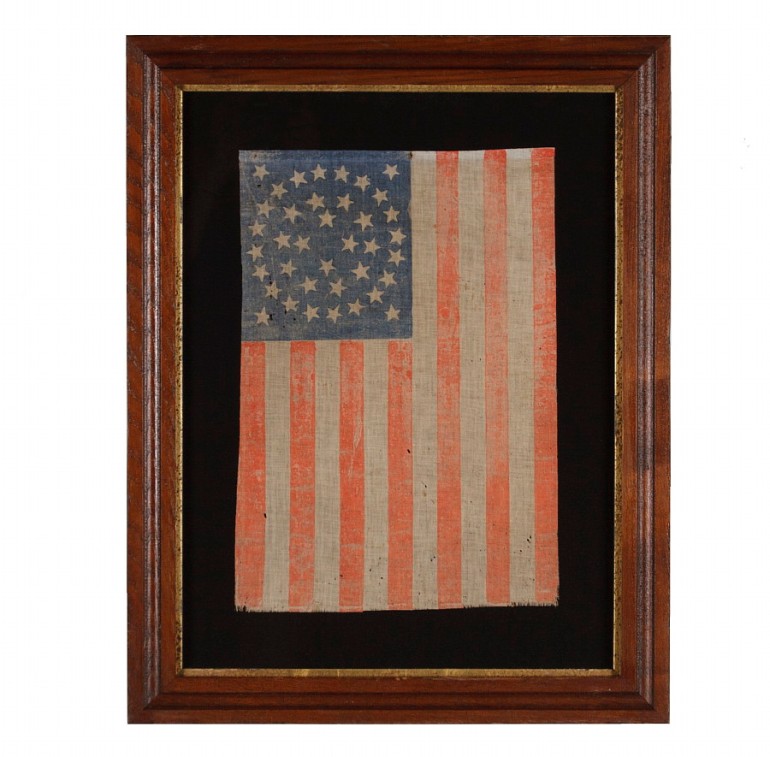 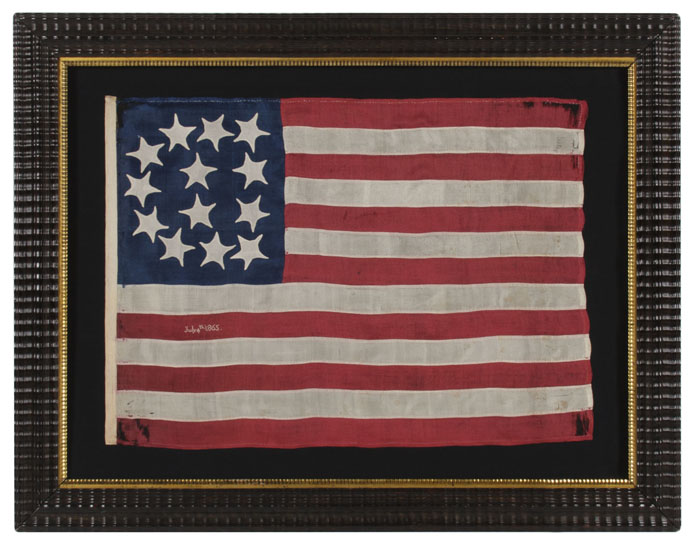 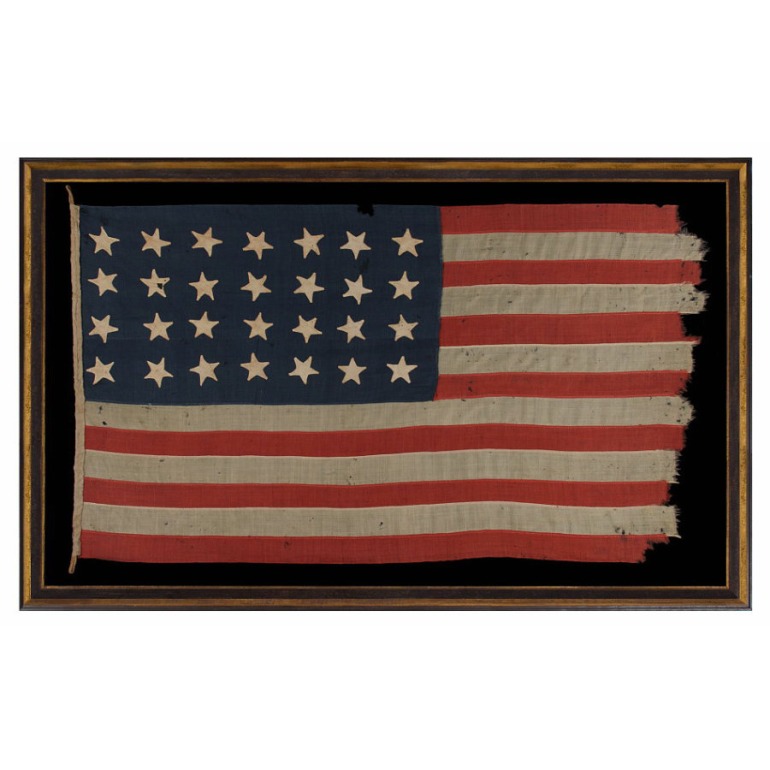 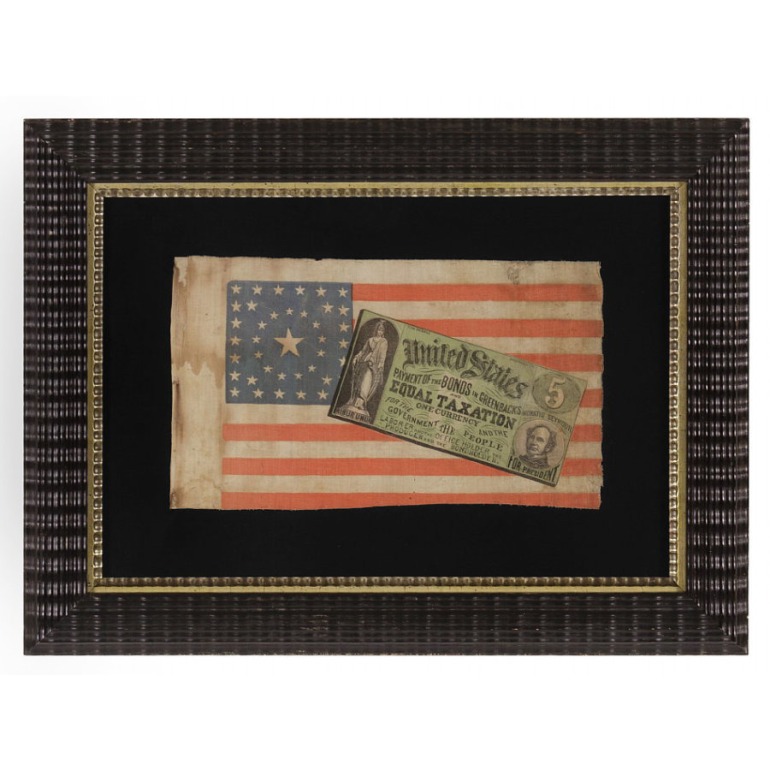 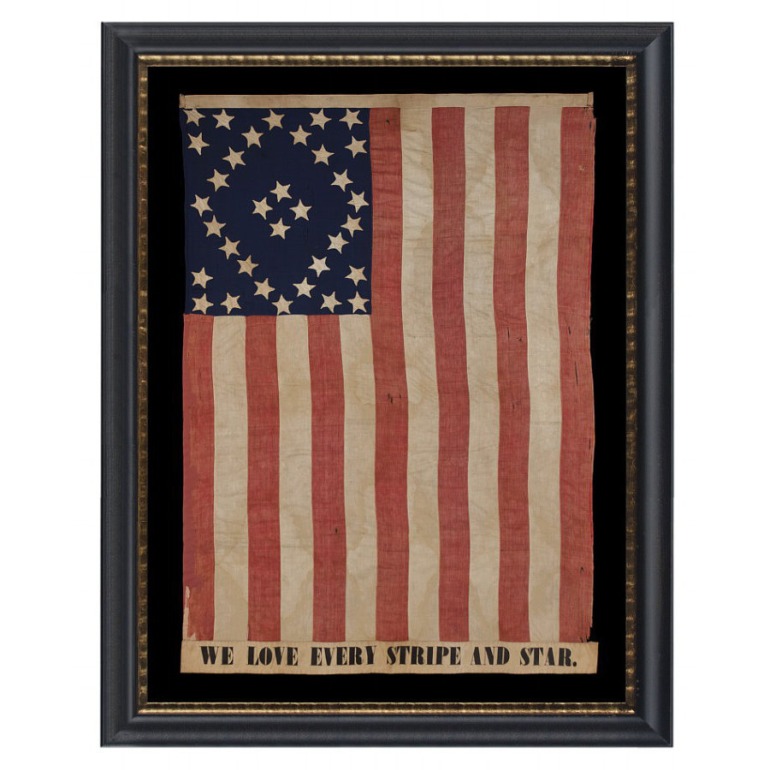